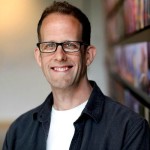 Pete Docter (Peter Hans Docter) was born August 10, 1968 and grew up in Bloomington, Minnesota, a suburb about ten miles south of downtown Minneapolis. He graduated from Kennedy High School in Bloomington, MN.

During his high school days Docter (not “Doctor”) developed a strong interest in animation while he worked at a local animation studio by the name of Bajus-Jones in Edina, MN. Pete went on to attend college at the California Institute of the Arts (CalArts) in Valencia, CA, a private college devoted to the arts, with a very strong animation curriculum which was founded by Walt Disney.

Pete’s student work was highly regarded at CalArts, and at the age of 21 he was recruited by a former CalArts student, John Lasseter, the creative force behind Pixar. Pete was only the third animator the company had hired in its early days. He was part of the core team that created the story lines behind Toy Story, A Bug’s Life, Monsters, Inc., and Up.  He was also the Director of “Monsters, Inc” and wrote “Wall-E.”