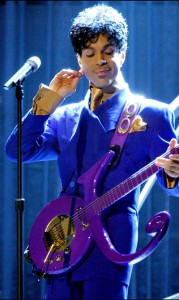 Prince (Prince Rogers Nelson) was born in Minneapolis, MN in 1958. He graduated from Central High School in 1976, and quickly caught the attention of the entire music world shortly thereafter.

Much has already been written about Prince and we won’t repeat that information here. A simple search on Google for Prince Rogers Nelson will provide answers to most questions about this extremely talented Minnesotan. There is one aspect of his life that isn’t covered much involving his early development as a recording artist.

The Early Beginnings
It was while Prince attended Central High School in Minneapolis, MN that he began his recording career. The first recording studio that Prince stepped into was MoonSound Studios in south Minneapolis. MoonSound was a small studio owned and operated by British born, Chris Moon, a talented recording engineer and budding entrepreneur.

Chris first established MoonSound Studios in the basement of a small, single family home at about 57th and Stevens Ave in 1974. It’s likely that Prince had heard of Moon Sound at this time, but Prince’s first demo was recorded later. His friend André Cymone had done some recording with 94 East at the Stevens Ave location though.

Within a couple of years, Chris Moon moved MoonSound Studios into a commercial building at 2828 Dupont Ave So. (later demolished and replaced in about 2014.). It was this location where Prince recorded his first demo tape.

At MoonSound Studios, Chris taught Prince the basics of multi-track recording and gave him access to a variety of musical instruments like a piano, electronic keyboards, synthesizers, drums, etc.. It was during this time that Prince first learned how to record and mix all of the instruments he played. Chris eventually gave Prince a set of keys to his studio and he would show up after school and evenings to record.

Moon quickly realized that he had a true talent on his hands, and together they began working on a demo tape that could be presented to record labels. Their first few attempts to secure a record label failed and Chris soon realized that they needed to find someone with better connections to the music business world. As a result, Chris introduced Prince to Owen Husney, an advertising and music industry executive in Minneapolis that Chris had worked with in the past. They sent Husney a demo tape and shortly thereafter, Husney became Prince’s first manager. This partnership would eventually lead to a record deal with Warner Bros… the rest is musical history.

If you’d like to see some Prince Landmarks in Minneapolis, be sure to visit First Avenue in downtown Minneapolis. This was the setting for many scenes in the movie Purple Rain. It was also an early hangout for Prince. Also visit the Capri Theater where Prince played his first solo shows in 1979. Finally, be sure to visit his recording studio and home Paisley Park, in Chanhassen, MN. It is now open for tours.

If you can’t make it to the Minneapolis area, there are several photographs of Paisley Park on the web site of the architectural firm that designed it, Boto Design Architects.

Prince died unexpectedly on April 21, 2016 due to an accidental overdose of the opioid – fentanyl. According to published reports, Prince had been taking pain killers due to ongoing pain from hip surgery done in the mid-2000s.

His impact on the Minneapolis Sound and the world of music is well documented, BUT he still loved to listen to the classics. One of the last record purchases he made was at the Electric Fetus record store (in Minneapolis, MN) just 5 days before his death. He bought a copy of Stevie Wonder’s “Talking Book” to commemorate Record Store Day and tweeted the following: