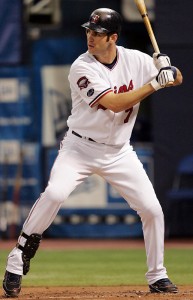 Joe Mauer of the Minnesota Twins is one of the most talented and exciting players in Major League Baseball today. He is a native Minnesotan, born April 19, 1983 in St. Paul, MN and raised there along with older brothers Jake III and Billy. Joe’s legal name is Joseph Patrick Mauer.